Melbourne's most sought after fun, young, hip and cool Celebrant's

Having been to a few weddings, I can't say any of the celebrants wowed me, or made me think 'I want that person to marry us when it's our turn.'

When my husband and I researched celebrants, it felt daunting. Google had so many results. Where did we start? How did we know who would be great? Many websites and celebrants who answered queries seemed either stodgy, overpriced, un-personable or willing to take on our concept of a surprise wedding under the guise of an engagement party. To top this off, many celebrants' written work seemed run off the mill. There are also those that make the show all about them as I've experienced, which is off-putting.

My husband and I were relieved to discover Benn was the total opposite of all the above. He has been great to work with. He's been super quick to reply emails and texts, obliging, filled with ideas and ready to help. We asked him to come over to our place for the first meeting, and we just chatted about ideas over a drink - easy and relaxed from the beginning.

He was also respectful of the fact when in some parts we wanted to stick with our words. We wanted someone around our age, with the easy-going nature that could feel/pass off as a friend of ours. He was that. We had only three months between our engagement and wedding, but Benn delivered in that short time and we weren't stressed dealing with him. In the end we decided to engage him as our emcee and DJ too to take the load off - made sense as we already liked what he was doing for us. He also handled all our paperwork which is a plus considering the other things on our list.

On the day during the 'engagement' party pre-surprise, he mingled with our guests as a colleague of mine, and when it turned out he was our celebrant, it was hilarious.

Post-wedding, I recently emailed him to apologise for the delay with this review as I was in hospital. I missed a call from Benn after. He'd left a voicemail simply to ask if I was alright and if he could do anything to help - not chasing up a review. This gesture was unexpected and kind.

Benn, you're a rockstar at what you do and we couldn't have asked for anyone better. Thanks so much for everything and helping to make our day awesome. 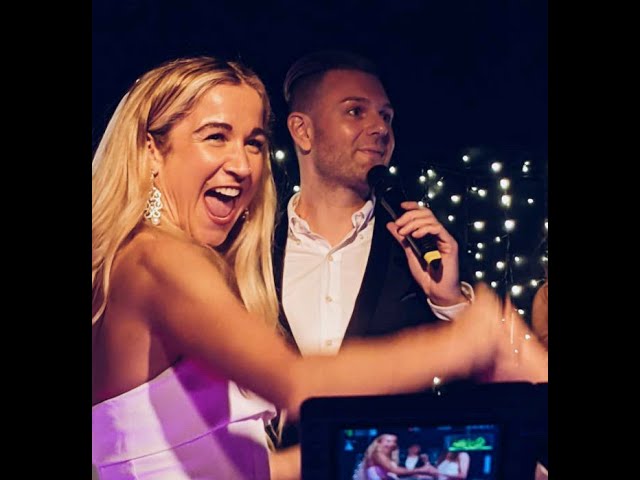